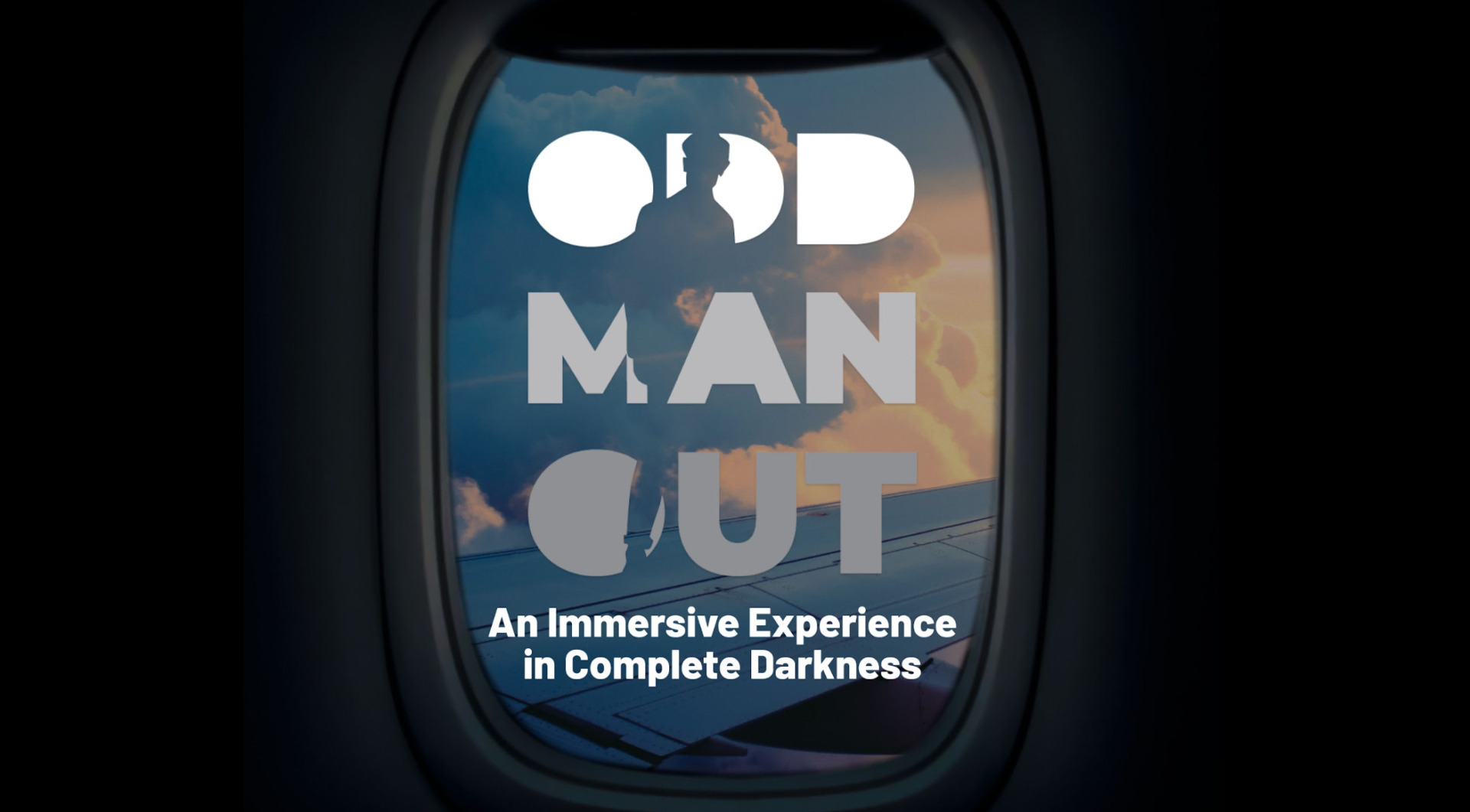 Odd Man Out is a captivating play that takes place in complete darkness. Created by Teatro Ciego (an Argentinian company founded by blind artists) and Theatre C (a groundbreaking immersive theatre company in NYC), this story is told unlike any you’ve ever experienced before. You’ll be led into a pitch-black room by ushers. Inside, you’ll immerse yourself in the life story of Alberto, a blind musician returning to Argentina after years of self-exile. It is, at once, a love story, a musical journey, and a multi-sensory immersion into theatre of the blind.

This performance takes place at the BRT Rehearsal Studio at 201 Cedar Street, Bristol, PA 19007. The performance is 80-minutes with no intermission.

There will be no late seating. Please plan to arrive at least 15 minutes early to make sure you do not miss the show. There are no refunds for arriving late and missing the performance.

This show is a phone/smartwatch free experience. This experience takes place in complete darkness. Any light, however small, emitted from a phone or watch will ruin the experience for everyone. Therefore, you will be given a Yondr pouch into which your devices will be locked. You will keep your Yondr pouch with you but you won’t be able to open it. After the show, the staff will open your pouch for you. For more information about Yondr, click here.

CAN I LEAVE THE ROOM IF THE DARKNESS MAKES ME UNCOMFORTABLE?

Yes. A staff member will guide you out of the room at your request. We will not be able to guide you back in during the performance. This means you will miss the remainder of the show or a large portion of it if you leave early.

The show is recommended for ages 13 and up. It contains adult language and violence. While there is not a strict minimum age, all patrons must be able to sit still, follow verbal instructions, and stay in their chairs for the duration of the performance. This is for the safety of our performers who are moving around the space in total darkness.

WILL THE NARRATION BE AVAILABLE IN OTHER LANGUAGES? 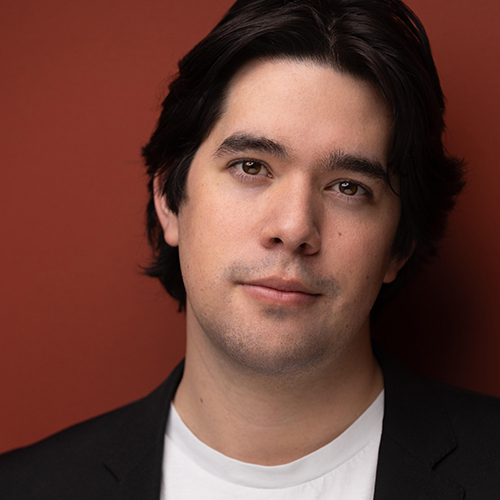 Esteban Arias
Esteban Arias (Understudy) Born and raised in Costa Rica. Esteban produced and performed in Federico García Lorca’s Bodas de Sangre as Novio in August 2022 at the Gene Frankel Theatre. Other theatre credits include Hamlet as King Claudius and Seven Spots on The Sun as Luis. He is performing as Woof in the Off Off Broadway production of Hair the musical on November 2022. IG: estebanariasc 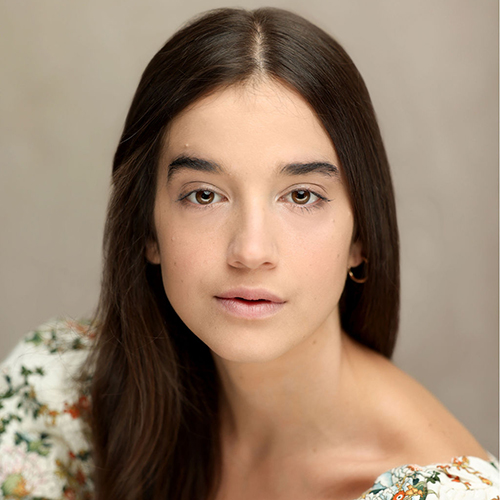 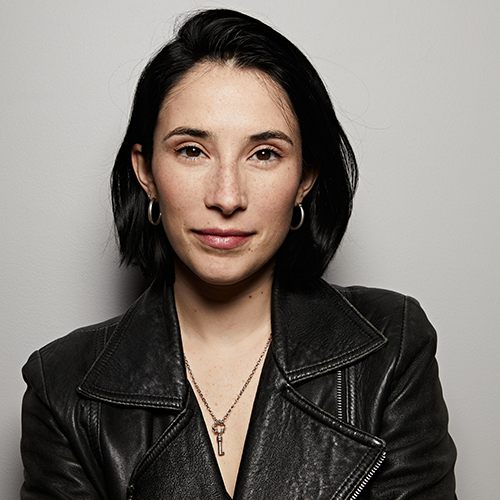 Carmen Borla
Carmen Borla (Clara and Others) is an Argentinian artist based in NYC, whose life is devoted to telling stories. Through singing, writing and acting she focuses on digging deep into the human experience.
Carmen has spent most of her career in theater and film, performing at various festivals, some of her credits include: “We speak NY” (NYCTV), “American Rust” (Showtime), “Artist in the Field”, “La Celestina” (Repertorio Español), “Hora Pico” (Micro Teatro), BARS workshop (Public Theater). She recently released her first solo album titled “Words”. @carmenborla 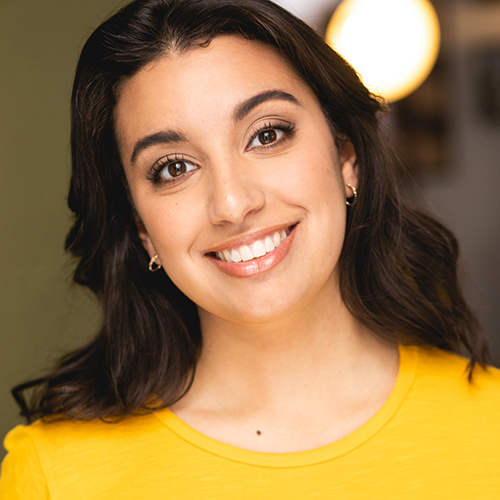 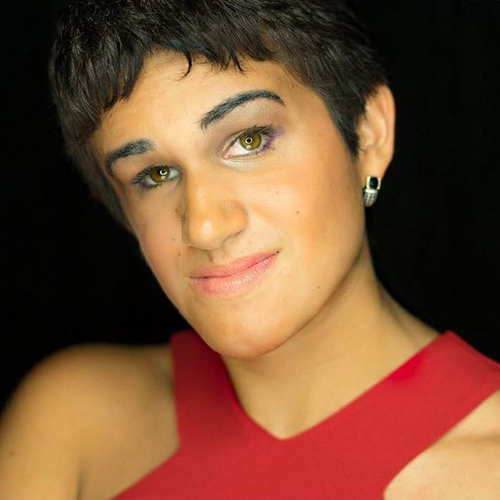 Aszkara Gilchrist
Aszkara Gilchrist (Julieta and Others (English)) is a blind actor currently based in Chicago. Her recent credits include Babes With Blades Theatre Company’s Richard III (King Richard III), The Bone Harp (Jenny Allen) at the Underscore Theatre Company, Moby Dick: A Musical (Sally) in the Chicago Musical Theatre Festival, and Twelfth Night (Sir Andrew) at the Fern Street Theatre. She holds a Bachelor of Arts in Musical Theatre from Palm Beach Atlantic University. She is excited and grateful to be a part of Odd Man Out, and she is honored to represent disability on stage. 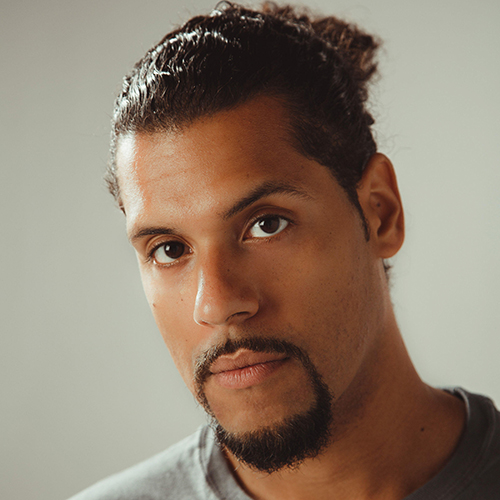 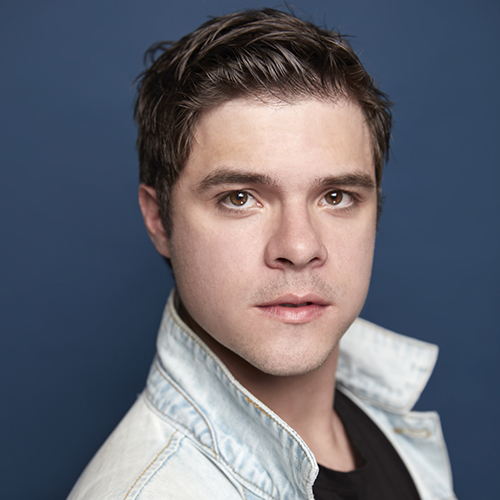 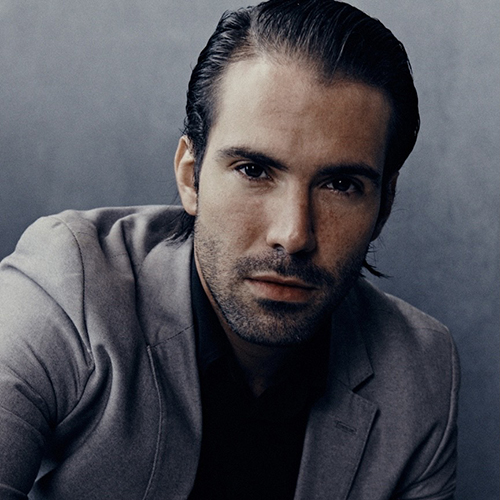 D Henry Hanson is a Queens-based artist and arts educator. He has worked with companies such as Florida Studio Theatre, theatreC, Joe’s Pub, the Adirondack Theatre Festival, the Kansas City Fringe Festival, and Theatre for Young America. He has taught children’s theatre at Elmwood Day Camp and Florida Studio Theatre. He is also an audiobook narrator, and the current voice of the Fable Nation and Holiday Shivers YA series. Training: Marymount Manhattan College. dhenryhanson.com

Founder of theatreC and Pitchblack. Carlos has been creating theatre that challenges the form for over 20 years. From immersive parties, to musicals centering underrepresented voices, Carlos has a strong sense of community, and a drive to make theatre a more equitable and accessible space for people from all walks of life. Carlos will be directing My Friend The Dark, bringing his expertise in creating theatre in total darkness, and spearheading the outreach to the blind and low vision community we will be doing with this production.

Martín is the Artistic Director and founder of Teatro Ciego (teatrociego.com) since 2004. He studied economics at the University of Buenos Aires and graduated from the Theater School of Buenos Aires, directed by Raúl Serrano. After winning a “PROPAI” scholarship, he worked as a researcher in different cooperatives and Associations. He took training courses at the San Martín Cultural Center, Clown, aerial theater and worked for two years as an improvisation actor. He studied dramaturgy with different teachers, his main reference being Mauricio Kartun. In 2008 he founded the Argentine Center for Argentino de Teatro Ciego with Gerardo Bentatti. Over time, the project obtained national and international recognition, being presented in Latin America and Europe. Currently the project has a stable staff of actors, where forty percent have some type of visual disability. He is the author of more than ten plays where darkness is used as a stage resource. At the same time, he works researching and developing the technique of theater in the dark.

Facundo is an Argentine blind artist. When he was a teenager he went completely blind and devoted himself to the music world by becoming a bass player in different musical groups. In 2010 he began his acting studies and started to work as a performer at Teatro Ciego Argentina. Since 2017, he has worked as a Tour Director for Teatro Ciego in Argentina and Europe. Facundo is an actor, director, theorist, and theater educator specialized in the research and development of non-visual languages ​​for theater in the dark and/or for any artist who wants to take his message beyond the margins of sight.

Attilio Rigotti is a Chilean performer, theatremaker, technology artist, video-game designer and teacher. Along with Orsolya Szánthó, he founded the company GLITCH, creating work that seamlessly combines digital and physical mediums with new forms of storytelling. The company’s creative work and technology design has been featured in collaborations with Kaki King, Mason Gross School of the Arts, MIT Music & Theatre Arts, The Harvard School, The Juilliard School, as well as the most recent production of Macbeth on Broadway. His work has been featured at City Lyric Opera, Phoenix Theatre Ensemble, theatreC, LGPAC, NYU Tisch, Toronto Fringe, and Gamiotics Studios, as well as being recognized by the New York Times, Vulture, and American Theatre Magazine.

America Rising is made possible in part by a grant from the Daniel W. Dietrich II Foundation.

This production of Odd Man Out is made possible by a generous gift from the Radio Drama Network and The Princess Grace Foundation.