A virtual carnival for the mind

Recommended for 16+. Best suited for adults.
One device per household/device
THIS IS AN ONLINE EVENT

“Feats of mentalism . . . DePonto pulls off some real whoppers . . . It is delightful” – THE NEW YORKER

“Be careful. Minds will be read (and likely blown)” – HOLLYWOOD SOAPBOX

Mental Amusements is a brand new, interactive, virtual mind-reading show brought to you by award winning mentalist Vinny DePonto. Inspired by his annual tradition of visiting Coney Island in New York, Vinny uses a combination of psychological tricks and illusions to take you on an amusing journey through the mind. You and your guests will be granted admission into a carefully crafted carnival for the mind, designed exclusively for the virtual stage.

Wanna be a part of the show? Purchase a front row ticket and you’ll participate in the show, interact with Vinny and be on screen. Hurry! Space is limited.

Not ready for the spotlight? No problem. Purchase a general admission ticket and you can watch the show and comment, without being seen or heard.

Subscribe for the best deal on tickets. COMING SOON!

Donate
You’ll receive special instructions 24-hours prior to the event. 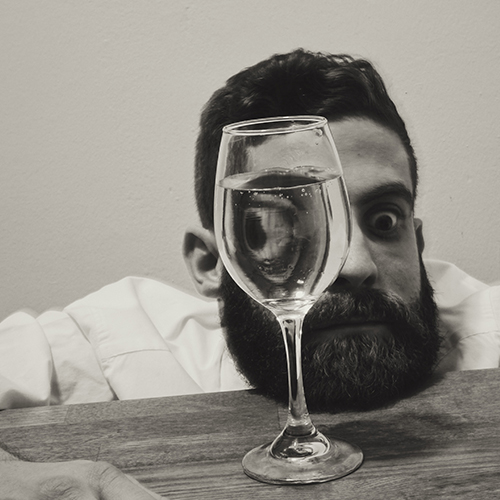 Vinny DePonto
The work of theatre-maker and mentalist Vinny DePonto uses a combination of psychological tricks, illusion, visual art, and immersive storytelling. His most recent Off-Broadway stage show Charlatan was nominated for a Drama Desk Award for Unique Theatrical Production. The New York Times says, “Mr. DePonto’s craftsmanship consistently impresses.” The New York Daily News calls DePonto’s one-man performance “Breathtaking.” In addition to his live performances, DePonto’s consulting work was featured in the most recent production of Angels in America on Broadway, in Lincoln Center’s Ghost Light, and in hit television shows on The Discovery Channel, NBC, and Netflix. He is also a member of the award-winning theatre group Third Rail Projects. His solo work has been supported by Ars Nova, The American Conservatory Theater, HERE Arts, The Geffen Playhouse, and The Orchard Project. He enjoys burrata, colorful socks, and your deep, dark secrets.