Willkommen to the Kit Kat Club, a hot and sleazy nightclub in 1929 Berlin. When American writer Cliff Bradshaw arrives looking for inspiration, he falls for its star performer, Sally Bowles. However, their decadent lifestyle is soon threatened by the Nazis’ impending rise to power. Kander and Ebb’s Tony Award-winning musical features one of Broadway’s most memorable scores, including “Money Makes the World Go ‘Round,” “Willkommen,” “Maybe This Time,” and “Cabaret.”

“…one of the great Broadway musicals of all time-an exhilarating, harrowing masterpiece.” – Time Out NY 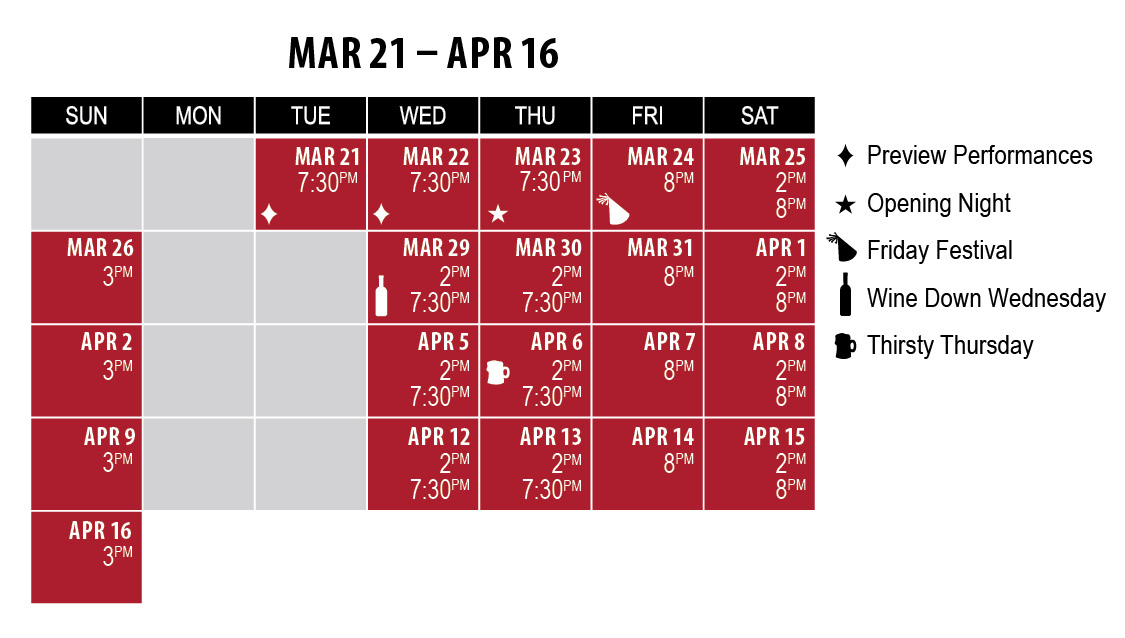 The opening night performance of each show is followed by a catered reception at which you’ll meet the cast and artistic staff.

A great way to wind down midweek with complimentary wine from Chaddsford Winery Lahaska, and desserts by Bakery Bethlehem.